Most archers get into instinctive archery to broaden their horizons and better connects to their roots. Instinctive aiming can also improve your shooting form because any issue you have will quickly become transparent while you practice it.

But getting into intuitive archery is an uncomfortable process, and that’s why I’ve decided to write this post and guide you by the hand, detailing the best process of learning it. Here, you’ll learn everything to need to know. So let’s go!

What is instinctive archery?

It’s really common to discuss instinctive archery by comparing it to throwing a ball. You don’t really need to aim a ball, you just look at where you want it to go and throw it. The reason you don’t really need to think about the distance to where you want it to land and about the actual aiming process is that you’ve thrown many balls before, so you know how it will move through space. You’ve developed muscle memory for throwing a ball. With a lot of practice, you can do the same for shooting a bow.

Muscle memory makes this possible.  The motion is pretty intuitive, but the main reason you can shoot a bow without thinking about the complex mechanisms in your arms is that you’ve done that a lot of times before, and your body basically automated the process.

The main goal of intuitive archery is to train your body and get used to the motions of shooting your bow, to the point where you don’t have to think about it anymore. At that point, you can just look at a target, point your arrow, and take the shot.

Most archers practicing instinctive archery use a recurve bow or a longbow, but really any type of bow can be used; You just have to take the sight off and start learning. Still, usually, people tend to start practicing it to connect to the roots, and for that, a traditional bow makes much more sense.

Barebow archery is actually a style in and of itself. If you want to learn more about it, with everything it involves, I’d suggest reading my thorough post about barebow archery.

What’s the difference between instinctive aiming and gap shooting?

Gap shooting and instictive aiming are different styles of shooting that allow archers to shoot without a sight.

Archers trained to gap shoot learn to judge distance and adjust their form according to it. They basically learn how much they need to cant their bow to hit the target at any distance.

It’s pretty similar to the “pure” instinctive archery, just that they basically think about their shot a bit more. It’s a little bit of a complex process, that ends with the same results.

How to learn instinctive aiming

Instinctive shooting is basically a point-and-shoot method. You simply look at a target, draw an arrow, and shoot it, without aiming or judging distance. It sounds simple, but there’s much that goes into it. Intuitive archers usually practice a lot, because the muscle memory and hand-eye coordination that is needed for this style take time and effort to develop.

You will have to get your form perfected, so everything you do is effortless, without a thought. Get used to your shot sequence and to every aspect of your posture, so your shots are extremely consistent; You need to get to the point where you don’t have to think about every aspect of shooting the bow and have the mental capacity to focus on the target.

It’s hard for a beginner to start with instinctive archery right away. I would suggest starting with a classic shooting style, with proper gear and a sight, so you can get your shooting form down.

After getting to an intermediate level where you can accurately shoot a target with good form, start removing your sight in your practice sessions from time to time. Try shooting a bit with a sight and a bit without one, until you get comfortable and start practicing instinctive shooting only. Intuitive archery is meant to take your skill to the next level.

At the beginning of learning how to intuitively aim, start by shooting at a close range (5 yards) until you find that you shoot consistently. When you do, move a few yards back and repeat. Doing this will enable you to slowly develop muscle memory and distance intuition. I’d suggest practicing this way every session, first close to the target and moving back when you feel comfortable.

If you do want to include skills like distance judging and arrow path understanding to your shooting, and use a more technical method, you might want to learn gap shooting instead. It’s a more technical way to shoot barebow. while instinctive aiming is more artistic.

As I’ve mentioned before, the best way to learn intuitive archery is by practicing it. To do that, take the sight off your bow, take your arrows, and start with this simple exercise.

Take your standard circular target, and stand a few yards away. Some put a bit more effort and attach a paper cup to the center of the target, open side outwards, which creates a 3D area where your arrow should land. You can also try playing around with any circular ring, or some nail you’ll try to shoot as close to as possible.

From close proximity, shoot a single arrow at the target. Don’t be afraid to have your shot be off – the only way you’re going to learn is by doing! After a while, you’ll start shooting more consistently, gaining skill and confidence. Retrieve your arrow, go back to the same spot, and shoot again, repeating this process of shooting a single arrow every time.

When you feel more confident with your shots, try moving a few yards backward and repeat the process. Over time you’ll be able to shoot from larger and larger distances, developing a “feel” for the shot.

I specifically suggest you take a single shot every time and avoid shooting multiple arrows, trying to “group”. With instinctive archery, you want to develop a gut feel, and having the anxiety of trying to group, while trying not to pay attention to anything but the target, is usually too much.

After you’ve developed the necessary skill set, you can put your attention to grouping, but when starting out, this shouldn’t be your concern.

This youtube video I’ve found really explains the process and the thought behind it well, and I think it could really benefit you:

When you perform this exercise, it’s important that you only put your attention on the target. Focus on the spot, and try to block everything else. Don’t look at the arms, at the bow, or at the string. Splitting your focus is a bad habit you want to avoid developing because to improve you’ll have to break it eventually, which can be tough.

Another tip you might want to use with this exercise, but only if you’re shooting at a range where you have control over whether people get in, is to use earplugs while practicing. Canceling the noise can help you put more of your mental capacity in the target, developing the feel for the shot. With that in mind, always put safety first, so if there’s even a small chance someone might walk into your range, ignore this tip.

Don’t rush the process. Learning this skill can take some time, mainly because it involves developing muscle memory and instincts. Expect slow progress.

Learning instinctive archery might take a while, but it’s one of the methods that can take your archery to the next level. Every recurve or traditional archer should consider taking some time to learn intuitive or gap shooting. Developing good form as a baseline is highly important, and after you do so you can begin practicing and developing muscle memory. Even as a beginner you want to begin with the end in mind, so definitely plan to learn instinctive archery. 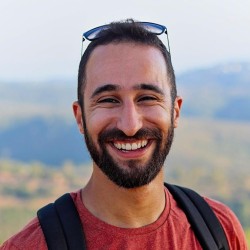 Is Archery A Sport? A Detailed Answer What Is The Best Age To Start Archery? 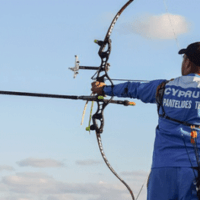 How Do Archery Competitions Work? (A Guide With Pictures)